The Kuntanawa tribe, or as they call themselves “Coconut People”, have always used plants to connect with beings and spirits of the forest, through them they learned to heal their tribe with their own traditional medicines, and always they have defended their spirituality as their principle of existence. 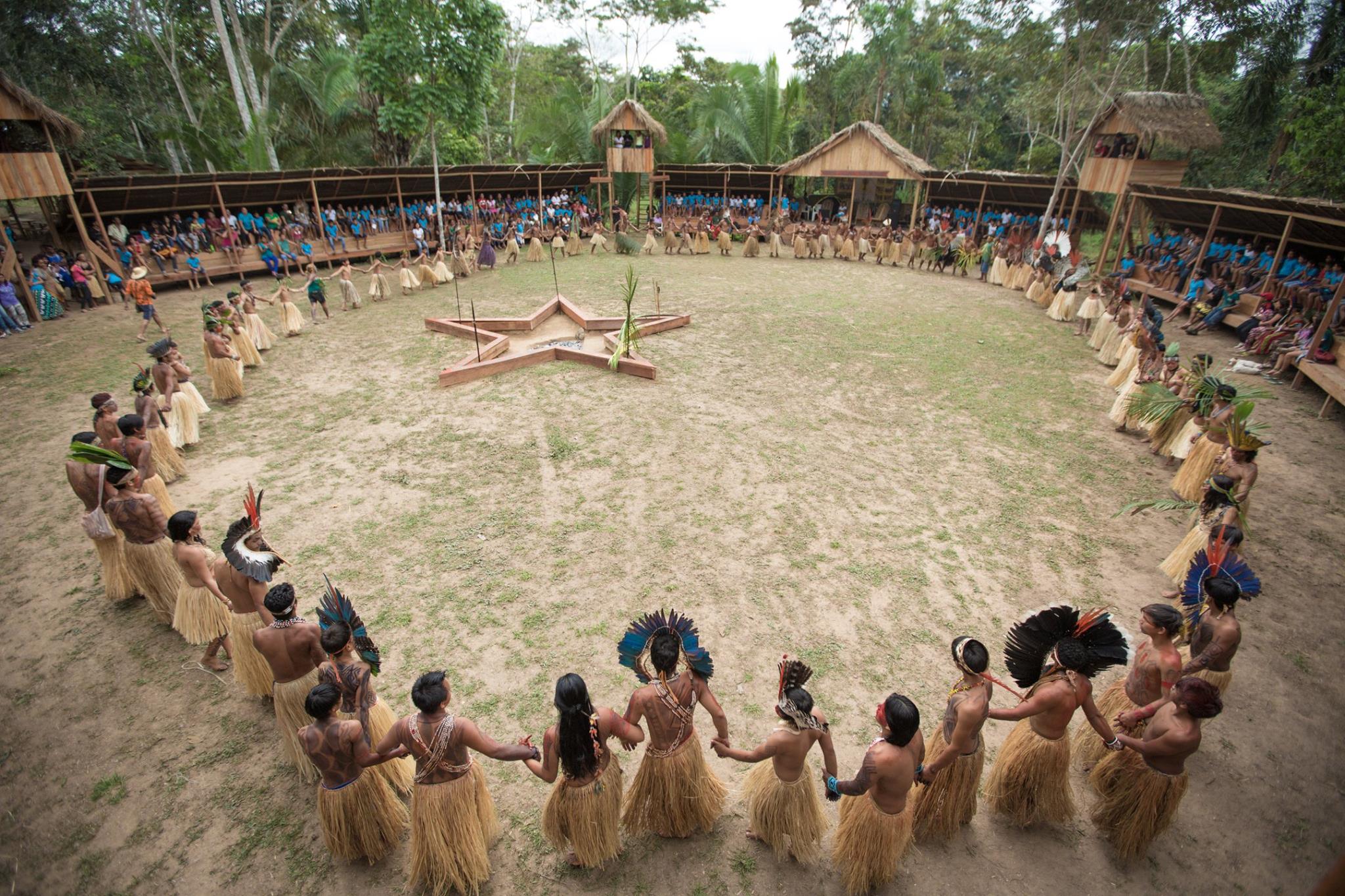 The tribe lives along the Tejo River in a reserve in the Acre region of Brazil. Only about 400 members of the tribe remain (Pantoja 2008),

Like the Nukini tribe, the Kuntanawa were nearly wiped out during the slavery and latex cycle massacres in the years that followed. Only one family remained that worked as rubber pickers, and it was not until the early 21st century that they managed to regain ethnic recognition. Therefore, the members of the tribe only speak Portuguese, as no one knows the indigenous panoramic language.

They are still fighting to recover a delineated territory, in the face of loggers and oil companies that are invading their reserve.

To reconnect the tribe with its traditions, it was necessary to connect the Kuntanawa with their sacred plants, such as Ayahuasca. After a trip by two of the remaining family members in 1989 to the Kaxinawa Territory along the Jordan River and Breu, the Ayahuasca rituals were quickly rediscovered and reintegrated into the Kuntanawa culture. During this trip, the Kuntanawa came into contact with revered shamans, and also participated in Ayahuasca ceremonies. After the trip, they quickly resumed Ayahuasca cooking and its rituals.

Ayahuasca appears to be even the driving force in the cultural reconnection, self-awareness and ethnic identification of the Kuntanawa. The Kuntanawa claim that Ayahuasca is their teacher and leader of unidentified dimensions, such as their culture. Ayahuasca teaches them to “listen” and opens their minds and their perception of lost traditions and history, including music and songs, magical and botanical knowledge, painting and even their language. Also, during the Ayahuasca ceremonies, the Kuntanawa can experiment and build a new image of themselves that helps them connect with their roots.

In 2010, the Kuntanawa and the 12 other tribes speaking the Panoan language group organized a grand ceremony, the “Pano Cultural Festival,” to celebrate and strengthen their tribal heritage and culture. Even the shamans from Greenland were invited. This was the first ceremony since 1911 where all the Pajés (shamans) and spiritual leaders of the 12 related but distinct Panoan tribes came together. Each tribe could share their indigenous knowledge and experience to help the Kuntanawa gain more self-identification and support a Pano alliance built on brotherhood and sharing. Almost every night, Ayahuasca ceremonies and other healing ceremonies were held, including singing and snuffing. In addition, an intense exchange of ideas was promoted.

Kuntanawa Rapé has deep and special properties. It has a strong spiritual connection that draws attention inward and calms the mind.

Sometimes they add plants with cosmological powers. The Kuntanawá say that Rapé helps them gain strength, clarity and power to have a correct attitude and make correct decisions. Interestingly, their Rapé stimulates the chest and heart region more than the head.