Origin and history of Tobacco

It is estimated that this plant is native to the mountainous areas of the Andes, arround Lake Titicaca, and its cultivation dates back to between 5,000 and 3,000 years BC. between Peru and Ecuador. In Cuba, the acclimatization of the Nicotianatabacum plant took place by the Aravaca Indians 2,000 years before Christ.

Among the peoples that used tobacco are the Jíbaros of the Amazon, the Aruacos of the Orinoco basin and further north, the Aztecs. It was from the hand of the Arhuacos that it reached the island of Cuba, where it acclimatized about 2000 years BC. 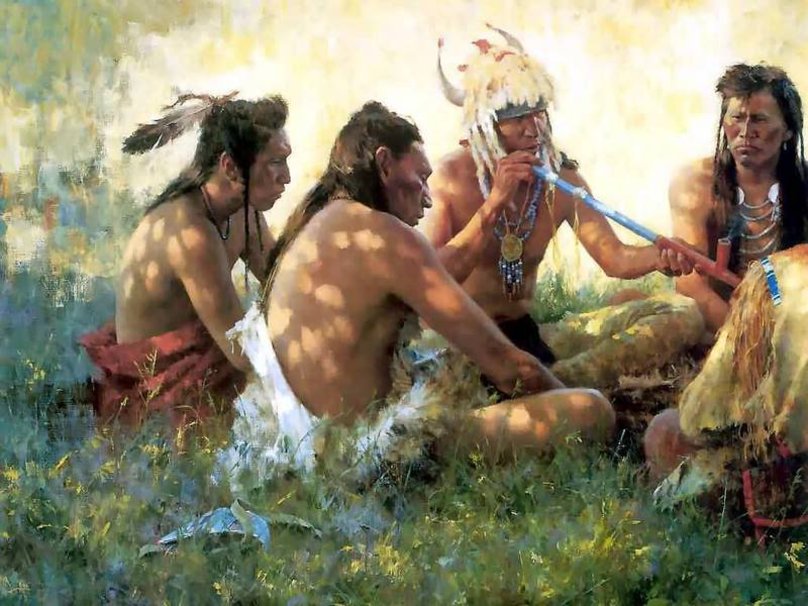 However, the origin of this plant is much more remote, and it is thought that it is at least eighteen thousand years old; long before being cultivated, since time immemorial, tobacco was already smoked, snuffed through the nose, chewed, eaten, drunk, and even used as drops in the eyes.

It was essential in religious ceremonies, and in all kinds of rituals: it was blown on the faces of warriors before the fight, it was spread in fields before sowing, it was offered to the gods, it was poured on women before a sexual relationship, and both men and women used it as a narcotic, throughout South America it was considered a miracle medicine.

“When Native Americans introduced tobacco to European immigrants, they deliberately left out sage and other crucial conscience-altering ingredients. On the one hand, they did so because of the spiritual principle of not releasing consciousness-altering substances to the spiritually unawakened. The Native Americans quickly saw that, although Europeans had overcome poverty and were technically adults, they suffered from a curious and rather tragic spiritual retardation.

The Europeans did not have visions, they could not communicate with the spirits of their ancestors, and they did not feel the divinity of the four elements. Not only did they lack these perceptual abilities, which some Native Americans occasionally lacked, but they also arrogantly ridiculed those who could perceive such things. Clearly the Europeans were not ready for the rituals in which these plants were smoked […]

An additional reason why the Native Americans gave Europeans tobacco without the other plants and the knowledge of how to use it, was a kind of biochemical warfare strategy, hoping to weaken these powerful enemies, and drive them away or not favor their access to other dimensions in which a state of clarity is achieved to solve problems.

Many have pointed out how Europeans induced Native Americans to become addicted to alcohol, but few have remarked on the subtler but more powerful way that Native Americans addicted their captors. Addiction and slavery are twin events in history, and you can hardly find one without the other. The exchange of vices between oppressors and oppressed is a constant. “ 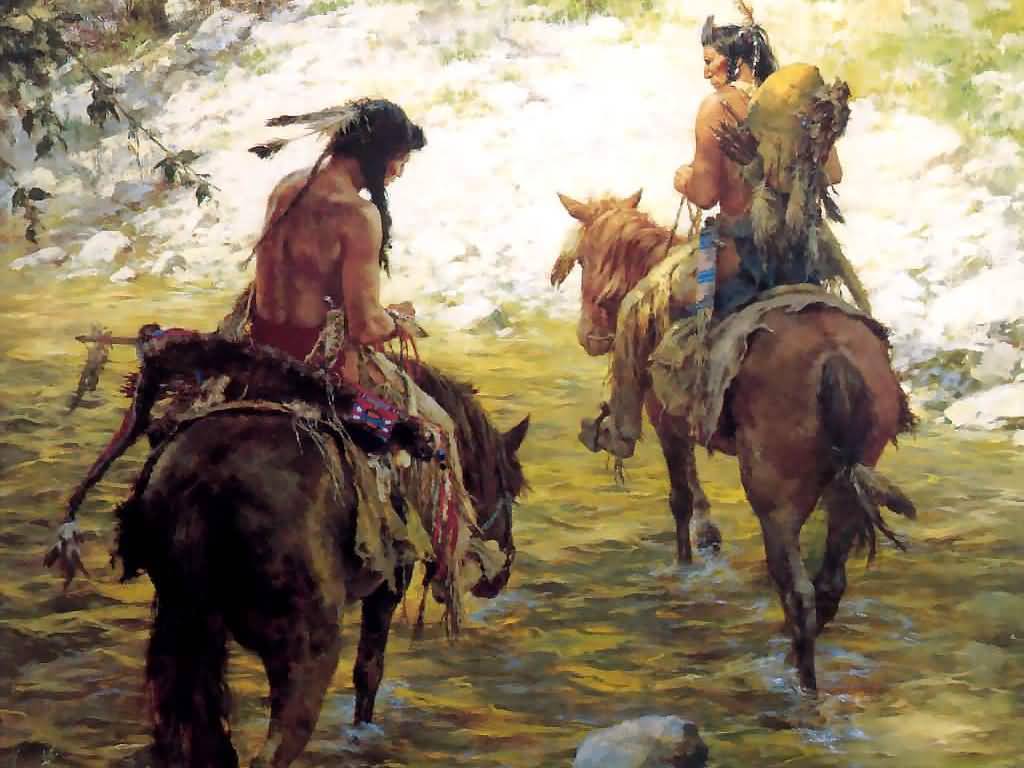 Tobacco and the Mayans

Historians identify the use of the tobacco plant in the Mayan culture in Chiapas, Campeche, and Yucatán, where they found archaeological remains that document the ritual use of tobacco.

Quáuhyetl, that’s what the Mayans called tobacco. The sik’ar ritual – which means smoking – gave its name to the “cigar.”

Analyzing the chemical residues present in a Mayan container that is more than 1,300 years old, scientists from the Center for Biotechnology and Interdisciplinary Studies (CCIE) at the Rensselaer Polytechnic (USA) have shown that members of this pre-Columbian civilization already used tobacco. (Published in the journal Rapid Communications in MassSpectrometry).

The vessel is about 6.5 centimeters in diameter and shows Mayan hieroglyphics at its end with the meaning “the house of its tobacco.” The container, which is part of the Kislakalebrgada Collection at the United States Library of Congress, was manufactured around 700 AD in the Mirador Basin region of southern Campeche, Mexico, during the Classic Maya period. .

Describing their ceremonies, several contemporary observers attribute narcotic and hallucinogenic effects to tobacco. This plant is widely consumed around the world without describing these effects, but entheogenic effects are described in some regions. This difference can be attributed to several factors combined: (1) the ancient Mayans could have used a variety of tobacco with a higher concentration of active ingredients. (2) smoked tobacco at specific times but at high doses. (3) In the ceremonies other tools that induce altered states of consciousness were combined, such as reverberation, songs, dances and different forms of music. On some occasions, herbs with hallucinogenic properties were used simultaneously with or instead of tobacco.

In the book PopolWuj, which recounts the origins of humanity, the actions of the gods and the history of the human being until 1550, there is evidence of the importance of tobacco in the Mayan culture. In one episode, the twin gods are subjected to a test in which they must spend the night in a cave, in total darkness, and keep their cigarettes lit. Instead, the gods put out their cigars, but put fireflies on the tips of the cigars with the intention of fooling the Lords of Xibalba into believing that the cigars remained lit. The next morning the gods re-lit their cigars and emerged victorious from the cave.

Tobacco and the Aztecs

Several specialists point out that, during their journey to the north of the region, the Mayans transmitted the use of tobacco to the Toltecs, who inherited culture from the Aztecs.

Dominated by rigid laws and curtailed by numerous taboos, the civilization of the Aztecs or Mexica knew how to develop, however, an effective medicine and pharmacopoeia. Despite this, Aztec therapeutic practice was a mixture of magic, knowledge contrasted by experience, and religion.

The Aztec sculpture of Xochipilli, where the tobacco flower stands out (Canudas, 2005).

The Aztecs showed reverence for tobacco, as well as for cacao and pulque; even, for tobacco products there was a traditional norm on the specific and exclusive conditions of their use among the ruling class, priests and warriors; as well as, to severely punish any other member of the population who violates this rule (Pascual and Vicéns, 2004). For his part, Canudas (2005) also mentions the appreciation of the Aztec gods for the multifaceted properties of tobacco.

History of tobacco in Europe

In Europe, tobacco was first described by the first chroniclers of the Indies. Gonzalo Fernández de Oviedo y Valdez, in his work Historia General de las Indias (Seville, 1535), writes: «Among other reprehensible customs the Indians have one that is especially harmful and that consists of the absorption of a certain kind of smoke along which they call ‘tobacco’ to produce a state of stupor.

For Europeans, tobacco was discovered by two Spanish sailors who, following orders from Columbus, were exploring the interior of the island of Cuba, a month after the Pinta, the Niña and the Santa María made landfall. The beaches of San Salvador were the scene of the discovery; When the two sailors reached the shore, the natives welcomed them with fruits, wooden javelins and certain “dry leaves that gave off a peculiar fragrance.”

Rodrigo de Jerez and Luis de la Torre, companions of Christopher Columbus, were the first Westerners to know of their existence. Rodrigo, on his return to Spain, was imprisoned by the Inquisition accused of witchcraft, since only the devil could give a man the power to draw smoke through the mouth.

Columbus was surprised by the use of tobacco in religious and social ceremonies, because for the Indians tobacco possessed magical powers and pleased the gods. Tobacco was considered a panacea: it was used to combat asthma, fevers and convulsions, intestinal and nervous disorders, and even animal bites.

By order of Felipe II, Hernández de Boncalo, chronicler and historian of the Indies, was the one who brought the first tobacco seeds that arrived in Europe in 1559. These seeds were planted in lands located around Toledo, in an area called los cigarrales, because they used to be invaded by cicada pests. There the cultivation of tobacco began in Europe and, for this reason, some historians maintain that the name of cigar comes from this circumstance.

After a few years, around 1560 tobacco was already known in Spain and Portugal. The French ambassador to Portugal, Jean Nicot de Villemain (1530 – 1600d.c), aware of the many medicinal properties of tobacco, sent it to his queen, Catherine de Medici, as snuff powder, to relieve her headaches (Charlton, 2004; Pascual and Vicéns, 2004), and that is why tobacco was called “queen’s herb”, “nicotiana” or “ambassador’s herb”.

Catherine de ‘Medici suffered from severe headaches and listened to the ambassador when he recommended that she take the plant in the form of snuff. The pain disappeared and tobacco began to be used as a medicine in France and the rest of Europe. When Linnaeus published his SpeciesPlantorum, he chose the scientific name Nicotianatabacum in homage to Nicot.

The etymology of the word tobacco is controversial. One version proposes that “tobacco” comes from the place where the plant was discovered, be it Tobago, an Antillean island, or the Mexican town of Tabasco. The most consistent version is that it comes from the Arabic “tabbaq”, a name that was applied in Europe since at least the 15th century to various medicinal plants.

In 1584, Walter Raleigh founded the colony of Virginia in North America, copied from the natives the custom of pipe smoking and began the cultivation of the famous tobacco from that territory, which was introduced in England in the time of Elizabeth I. A few years later, tobacco had become the main economic resource of the English colonies. The great sea voyages of the sixteenth, seventeenth and eighteenth centuries around the world contributed to carry tobacco and the habit of smoking to the coasts of Asia, Africa and Oceania.

In Japan, Russia, China and Turkey, tobacco use was initially fought with drastic measures, to the point that Sultan Murad IV had numerous smokers executed and, in 1638, the Chinese authorities threatened to behead tobacco traffickers. . Over time, the Turks entered the world tobacco market and became heavy smokers, just like the Chinese.

Origin and history of the sacred Tobacco