The ancestral way of consuming Tobacco

Not only are there many more ways to integrate the sacred tobacco plant into ourselves than smoking it, but it is imperative to start consuming its other forms first, as this is the natural universal order. This is one of the main reasons for the mismatch that the West has with the master tobacco plant.

Every human being is born of a woman, immersed in the feminine elements that are flesh or solid matter (earth element) and amniotic fluid (water element).

Only at birth is the mother’s body abandoned to become accessible to the father and be able to breathe (air element) and see (light-sun fire element): The mother “gives birth”.

That is why tobacco will always be consumed first in the form of a crude aqueous extract (matter and water), then as a cooked extract (the fire begins to integrate) and finally smoked (fire and air).

In the Amazon, these stages occur in this strict and irreplaceable order, and only after an adequate INITIATION (Rite of passage, new birth), is there access to the smoked form of tobacco. The energy of tobacco must initially be integrated into the body in its densest dimensions (matter and water), in order to later be incorporated into the most tenuous and ethereal dimension of the human energy body (air and fire).

Thus, the type of Western consumerism where smoking tobacco is passed on is equivalent to a transgression of the laws of life. It is equivalent to trying to access spiritual knowledge without taking the time to previously integrate the force of tobacco in its material dimension.

This error has some reversibility, and detoxification of smoked tobacco can be accomplished through the use of tobacco “juice” purges, reversing the transgressive process. Vomiting expresses a “return” of what the patient unduly consumed, as well as the purging of “toxic” thoughts and feelings that result from this same illicit hoarding procedure that stores resentments, nostalgia, anger, envy, revenge …

These tobacco “juice” purges are effective against all dependencies where the same mechanism of misappropriation is revealed.

It is the most powerful way to take tobacco; a brew similar to tea is made and drunk. This is how it is most powerful as a medicine to cure disease and as a master plant. This drink is a powerful and effective purgative in cleaning the intestine, blood and body, killing parasites, viruses, and bacteria.

On a mental and emotional level, tobacco has a clarifying and centralizing effect. When people drink they often speak with great clarity. Unlike other powerful plants, such as Ayahuasca, which transport the person to other states of consciousness, tobacco, in this case drunk, leaves a state of presence and connection to the earth, with great clarity and understanding of the nature of life and of oneself. Participating in a tobacco ceremony is considered by many indigenous peoples as the most powerful way to learn about the world of plants.

Drunk tobacco ceremonies can be very intense and difficult to endure, as nicotine has a very strong effect. Great caution should be exercised and only work with someone with experience and knowledge, because the effects can be potentially dangerous if not administered correctly, with fatal cases having been described.

If you are pregnant, caution should also be exercised as drunk tobacco can have abortifacient properties. Likewise, people with cardiovascular dysfunctions or severe hypotension should abstain.

In Western culture, vomiting has a negative connotation, and is associated with states of discomfort and decomposition. On the other hand, in traditional Amazonian and eastern medicines such as Ayurveda, it is considered extremely important to purge regularly in order to detoxify the body at its different levels, in different planes and dimensions. In all cases, vomiting is accompanied by a significant expulsion of phlegm, mucus and a subsequent feeling of relief.

The general feeling in the immediate days after the purge is of increased energy, vitality, and mental clarity. It also gives a remarkable activation of the dream capacity and greater ease in remembering dreams.

It favors a better control over automatisms and compulsive behaviors that are projected in the consumption of food, alcohol, cigarettes and cannabis, reducing their consumption.

The liquid tobacco can also be inhaled through the nostrils, as a snuff, from the palm of the hand or with the help of a sacred shell. In addition to the usual properties of tobacco, both physical and spiritual, this way of consuming it helps to remove the mucus from colds and is also effective against sinusitis.

Ambil is a concentrate of tobacco and mineral salts, of ancient use and that is taken orally, it symbolizes feminine energy (Within the essentially masculine properties of tobacco).

By being made up of tobacco, the ambil is a means of healing for the mind and spirit, it connects us with Mother Earth, sensitizes, gives clarity, is a source of energy, teaches us to listen and connect with our interior.

One of the uses of ambil is to fight and cure addiction, especially to tobacco and cocaine, helping people with withdrawal syndromes.

The traditional preparation of medicine is carried out from a detailed knowledge that is transmitted from generation to generation. In the Amazonian communities it is consumed from childhood, from the age of five, even by pregnant women.

Legend extracted from “The tales of grandparents”, written by Jaime Hernando Parra Rizo:

“Among a group of hunters of a tribe there was a man who could never shoot any prey with his bodoquera. On a hunt he came across the monkey people who lived in the trees and told them that he wanted to become a hunter. Then the monkey people told the man that they were going to give him a taste of a concoction called ambil …

They took a good amount of tobacco leaves and boiled them for a long time until only a marshmallow paste remained. Then the monkey people sang healing songs for the hunter and offered him the ambil on a stick. The man was seized by many visions …

They explained to him that in his next hunts he would be successful. As he was told, so it happened. The people of the tribe were very amazed at the change in man… Years later the hunter, turned into a great shaman, taught the members of his tribe to use the ambil. “ 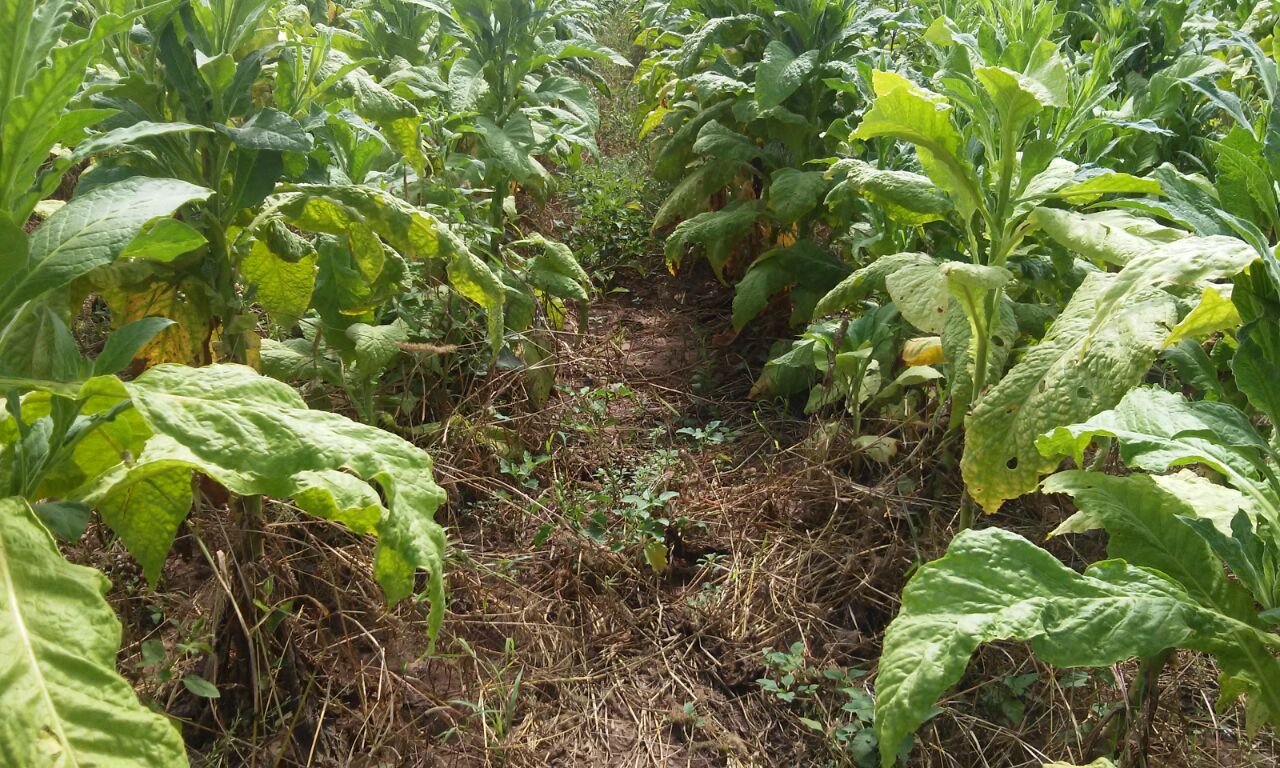 Rapé is a medicine from the air, used for thousands of years in the Amazon as a powerful tool that allows, among many other properties, to empty the mind of internal dialogue and connect with the essence of the universe and the present moment.

The one known as “the best snuff in the world” is made by tribes of Brazil, thanks to the deep connection and ancestral tradition they have with the tobacco plant, and other master plants.