The following is a text from the creator of this Rapé, who speaks in his own words about this medicine and the traditions of its people.

“The Shawãdawa live in the upper part of the Jurua River, in four demarcated indigenous lands. Today, the main objective of the Shawã people is to protect our lands, our forest where all our natural medicines are present. We also seek to save our culture, the teachings of our ancestors. The use of our sacred medicines brings us this study of healing and our ancient teachings.

We are from the linguistic root pano, like the Yawanawa, Poyanawa, Kaxinawa, Jaminawa, Deadawa, Kuntanawa families and many others. Shawã means Arara, Macaw and Dawa is family, so we are the macaw family.

The use of Rupusuty, as we call Rapé in our language and tradition, has a very important meaning for Shawãdawa, it is the study of medicinal plants that give the strength to strengthen the spirit and the strength to cure material diseases. To be a warrior in the forest it is necessary to know the medicines and their powers, making traditional diets with plants. "

Like the other indigenous groups in Acre, the Arara Shawãdawa suffered the effects of the incursions and the rubber plantation production system of the last decades of the 19th century, having been exploited, expropriated and limited in their physical and cultural reproduction. In recent years they have been involved in reversing this process, through the revalidation of their language and traditions, as well as claiming their territorial rights from the Brazilian state.

The Arara designation was attributed to the group during contact when the first exploration of Alto Juruá began in the 19th century. The Arara called themselves Shawadawa.

Contact with agents from the rubber expansion front affected the group's relationship with their mother tongue. Today there are few speakers of the native language, because historically they were discriminated against when speaking their own language, they stopped transmitting it to their descendants, creating a younger generation educated only in Portuguese. However, since the early 1990s, the Arara have been trying to "rescue" their own language.

The region currently occupied by the Arara had been the territory of the Pano and Aruak groups since the pre-Cabral period.

In the late 1890s, Alta Jurua was inhabited by Brazilians, when Peruvian "caucheiros" or gatherers of rubber and other forest products occupied the region for a short time.

Today, the elders are the "keepers of the memory of the Shawadawa" and try to pass it on to their descendants as much as possible. You can see the interest of the youngest in learning the myths and rituals that the Shawadawa practiced intensely in the past. Nowadays rituals are practiced without regularity, which does not mean that they are absent. It is the oldest, still fluent in the language, who sing and teach the youngest during the ritual.

The sinbu (liana / ayahuasca) ritual is still practiced by some of the Arara, and most of the group have participated in one or other of these rituals.

Since the 1990s, some of the Arara adopted the doctrine of Santo Daime, which had a strong presence in the city of Cruzeiro do Sul. Today, among the Arara there are now two ways of using ayahuasca in rituals, one traditional, which includes healing sessions, and the other, by the followers of Santo Daime.

Another characteristic ritual of the Pano groups, now practiced by the Arara, is that of recovering the hunter's luck. When the hunter is unlucky, the Arara prepare the kambo ritual to regain the hunter's essential qualities: marksmanship, vision, hearing, and luck.

The next day, the hunter will be ready to continue his hunting activities with much greater skill and efficiency.

The Arara attribute some medicinal properties to kambo, and its use is not limited to the group's belief in its ability to restore the hunter's abilities. 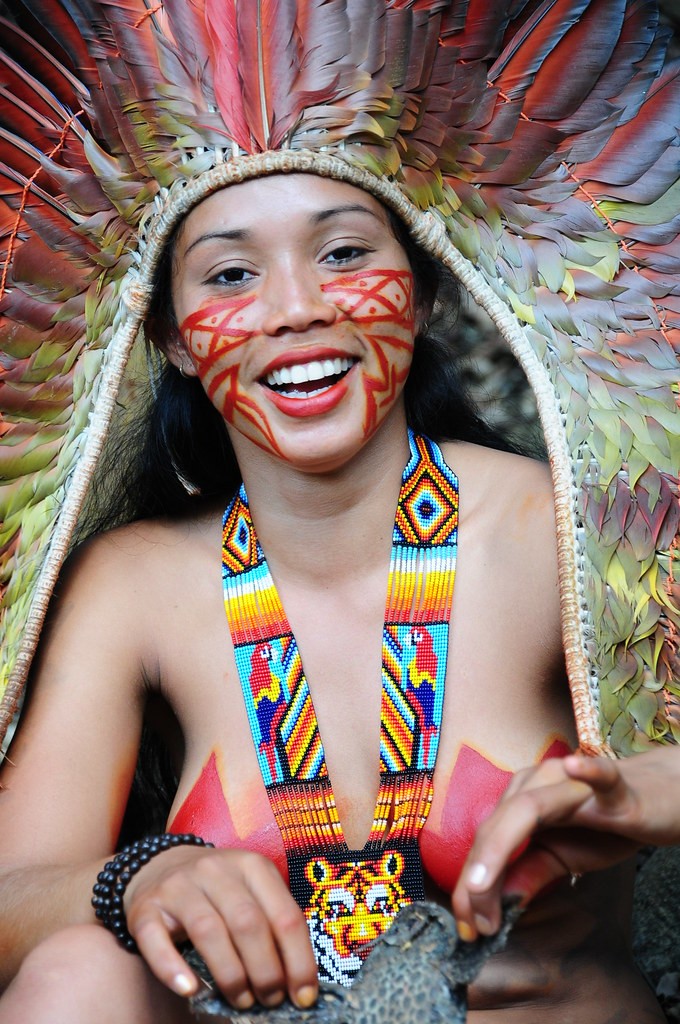